On the photon frequency 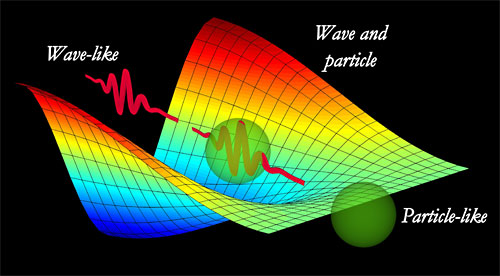 We know photons exist. We also know how to manipulate photons collectively. Our technology has now advanced to the level where we can even manipulate the individual photons. But, if you ask me “what is a photon?” I cannot answer that question. No physicist can provide a satisfactory answer at this point. The answer depends on the theory we use.

The situation is very similar with electron. We know electrons exist. We have known this for more than a century. We manipulate electrons, we design and manufacture electronic devices.  Modern life would be unthinkable without the manipulation of electrons. But, we really don’t know what an electron is. Electron has 3 basic properties: charge, spin and mass. We can measure these properties but we don’t understand them either. Again, the answer to the question “what is an electron?” depends on the theory we use.

I delayed the release of this post for more than a week. As I worked on this article I realized how little I know on the subject of photons and how controversial the concept of photon is among the physicists and philosophers of science. Yes, there has been some progress since the days of Einstein but photon is still controversial.

Observational facts about the photon

Whenever a photon is absorbed by an object, a small amount of angular momentum (same amount independent of the energy of the photon) is imparted to the object. This is a tiny spin. The imparted spin can be either +1 or -1

unit of angular momentum. A photon that imparts

unit of spin is known as left-handed photon. Similarly, a photon that imparts

unit of spin is known as right-handed photon.

When we say that the classical electromagnetic wave is linearly polarized we are referring to the fact that there are almost equal number of right-handed and left-handed photons in that particular stream.

Well…it is not that simple! The classical electromagnetic waves are generated by our electronic and electrical devices everyday. Think of radio broadcasts or TV broadcasts in the air or in the cable. Can we really say that those waves consist of photons? The answer is yes but the mathematical demonstration is not easy. Roy J. Glauber‘s work shed light on this topic. Glauber received the 2005 Nobel Prize in physics.

A single photon is either right-handed or left-handed. 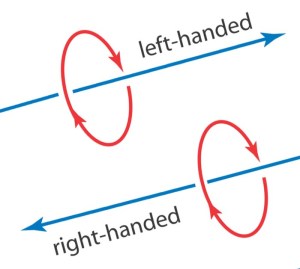 Remember that in a circularly polarized classical electromagnetic wave the electric field component E and the magnetic field component B are 90° out of phase with respect to each other. Since the left-handedness or right-handedness of a photon refers to its circular polarization the same property is found in a photon as well. Namely, the E and the B components of a photon are 90° out of phase. This means that when E peaks B is at a minimum; when B peaks E is at a minimum.

How are the photons created?

1. Spontaneous radiation: electrons orbiting the nucleus of an atom make spontaneous transitions to a lower energy level. The energy difference is released as a single photon. A single photon is released.  1 photon. This is very important.

Similarly, when a photon is absorbed by the atom one of the electrons will jump to a higher energy state. 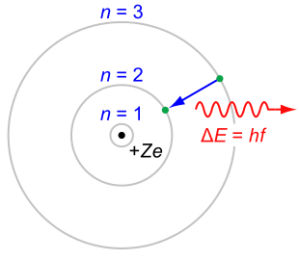 2. Annihilation: when electron and positron collide 2 photons are released. In general when a charged fermion collides with its anti-fermion the total energy – the energy contained in the rest masses of these fermions and their kinetic energies – is converted into 2 photons. 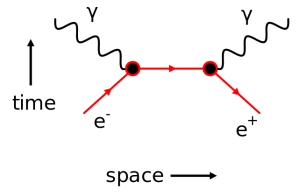 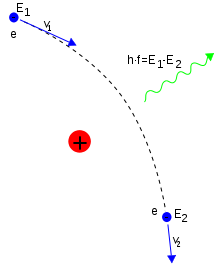 What is a photon?

Quantum Mechanics: photon is not a wave-packet because a photon emitted by spontaneous emission is characterized by a single frequency. According to Quantum Mechanics a photon cannot be localized. See more on this below.

a) Photon is a ripple in the universal electromagnetic quantum field

b) Photon mediates the electromagnetic force: this implies that a photon has to be emitted and absorbed. The concept of a photon coasting in the universe forever is not acceptable by QFT.

d) No comment on the frequency but the assumption of multiple frequencies is implicit in the concept of a field quantum.

Non-spatial and non-local characteristics of photons

Massless spin=1 particles (gauge bosons) have a non-spatial characteristic at the fundamental level. This has implications for non-locality and the constancy of the speed of light in vacuum.

Can we localize a photon?

So, it is not true to say that a photon cannot be spatially localized. When a photon is spatially or temporally localized it is no longer a single-frequency electromagnetic vibration. Multiple-frequency is problematic in Quantum Mechanics. The quantum mechanical photon is supposed to have a single frequency.

QFT solves this problem in a similar fashion as it solves the other problems related to wavefunction collapse in Quantum Mechanics. QFT says that photons are ripples in the universal electromagnetic quantum field and therefore they are local by definition. The multiple-frequency is implicit in the definition of a field quantum. In other words, QFT compromises on the single-frequency assumption.

Crux of the problem

The crux of the problem can be traced to ontology. What is real and what is incidental? There are 3 positions.

So, you can take one of these 3 philosophical positions. You can say that photon is a particle then you have to have a quantum mechanical wavefunction for the photon. This is problematic. Photon wavefunction is not well defined. People are still trying to clarify this.

Or, you can say that the universal electromagnetic quantum field is real and photons are just ripples on this field and therefore incidental. This approach has been more successful.

Or, you can say that photon has both particle and wave properties. This sounds very dialectic and therefore appealing but in real physics research not very useful.

Where is that quantum?

No place for particles in relativistic quantum theories

Photon localization barrier can be overcome

The “field collapse” point of view

I have worked as a physicist at the Fermi National Accelerator Laboratory and the Superconducting Super Collider Laboratory. I am a volunteer for the Renaissance Universal movement. My main goal is to inspire the reader to engage in Self-discovery and expansion of consciousness.
View all posts by Suresh Emre →
This entry was posted in physics, science, tutorial and tagged Light, photon. Bookmark the permalink.
%d bloggers like this: