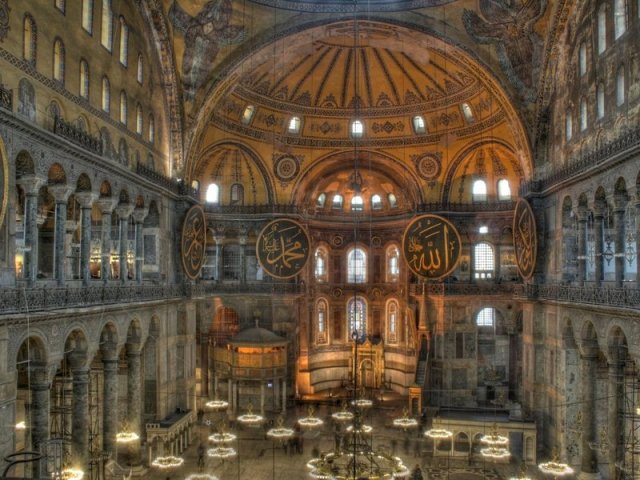 Stanford University scientists have digitally created Aya Sophia’s acoustics and played the sounds in Stanford University’s Bing Concert Hall as if it was Aya Sophia. You can listen to these sounds in the video in the Smithsonian article or the direct YouTube link. They collaborated with the choral group Cappella Romana.

“The “Icons of Sound” project focuses on the interior of Hagia Sophia, using recordings of balloon pops taken in the space and other audio and visual research to  figure out the building’s acoustics by extrapolating from those noises. The scientists used that data to recreate the experience of being there—an experience that has been in some ways timeless for the almost 1,500 years the building has stood. But much has changed for the Hagia Sophia in that time.”

I don’t understand why “Aya” is spelled as “Hagia” in the literature.

In Greek: Ἁγία Σοφία, [aˈʝia soˈfia]. In Turkish: Aya Sofya. In both Greek and Turkish the pronunciation of the first word is AYA (the “a” is pronounced as the “a” in “father”).

The “YA” in AYA is a sound archetype. I wrote about it in “Sound Archetype: YA“. 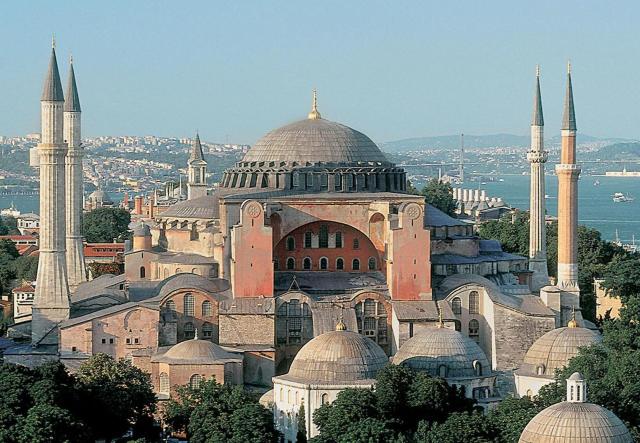 I have worked as a physicist at the Fermi National Accelerator Laboratory and the Superconducting Super Collider Laboratory. I am a volunteer for the Renaissance Universal movement. My main goal is to inspire the reader to engage in Self-discovery and expansion of consciousness.
View all posts by Suresh Emre →
This entry was posted in linguistics, music and tagged Aya Sophia. Bookmark the permalink.
%d bloggers like this: