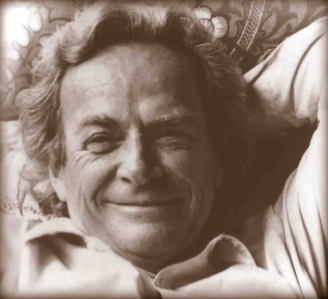 The “field” concept is a useful theoretical construct in physics. Fields can be quantized. The electromagnetic field consists of quanta known as photons. In QFT (Quantum Field Theory) the elementary particles are thought of as quanta of their respective field. For example, electrons are thought of as quanta of the electron field. Does the electron field really exist or is it just a theoretical construct?

The problem of self-interaction through a field has a long history in physics. There is extensive literature. There is another problem with the “field” concept. The “field” has infinite degrees of freedom because it is everywhere.

In my opinion, every student of physics should be aware of this quotation from that lecture:

“This completes the story of the development of the space-time view of quantum electrodynamics. I wonder if anything can be learned from it. I doubt it. It is most striking that most of the ideas developed in the course of this research were not ultimately used in the final result. For example, the half-advanced and half-retarded potential was not finally used, the action expression (1) was not used, the idea that charges do not act on themselves was abandoned. The path-integral formulation of quantum mechanics was useful for guessing at final expressions and at formulating the general theory of electrodynamics in new ways – although, strictly it was not absolutely necessary. The same goes for the idea of the positron being a backward moving electron, it was very convenient, but not strictly necessary for the theory because it is exactly equivalent to the negative energy sea point of view.” – Richard Feynman

I also think that the historical notes by Frank Wilczek and Stephen Wolfram complement the story of how Feynman tried to get rid of fields but couldn’t.

“According to quantum theory, particles are merely bubbles of froth, kicked up by underlying fields. Photons, for example, are disturbances in electromagnetic fields. As a young scientist, Feynman found that view too artificial. He wanted to bring back Newton’s approach and work directly with the particles we actually perceive. In doing so, he hoped to challenge hidden assumptions and reach a simpler description of nature — and to avoid a big problem that the switch to quantum fields had created.” – Frank Wilczek

A quote from Stephen Wolfram’s historical notes on QFT

“In standard approaches to quantum field theory one tends to think of particles as some kind of small perturbations in a field. Normally for calculations these perturbations are on their own taken to be plane waves of definite frequency, and indeed in many ways they are direct analogs of waves in classical field theories like those of electromagnetism or fluid mechanics. To investigate collisions between particles, one thus looks at what happens with multiple waves. In a system described by linear equations, there is always a simple superposition principle, and waves just pass through each other unchanged. But what in effect leads to non-trivial interactions between particles is the presence of nonlinearities. If these are small enough then it makes sense to do a perturbation expansion in which one approximates field configurations in terms of a succession of arrangements of ordinary waves – as in Feynman diagrams. But just as one cannot expect to capture fully turbulent fluid flow in terms of a few simple waves, so in general as soon as there is substantial nonlinearity it will no longer be sufficient just to do perturbation expansions. And indeed for example in QCD there are presumably many cases in which it is necessary to look at something closer to actual complete field configurations – and correlations in them.” – Stephen Wolfram

I have worked as a physicist at the Fermi National Accelerator Laboratory and the Superconducting Super Collider Laboratory. I am a volunteer for the Renaissance Universal movement. My main goal is to inspire the reader to engage in Self-discovery and expansion of consciousness.
View all posts by Suresh Emre →
This entry was posted in history, physics and tagged field, Frank Wilczek, QFT, Richard Feynman, Stephen Wolfram. Bookmark the permalink.
%d bloggers like this: