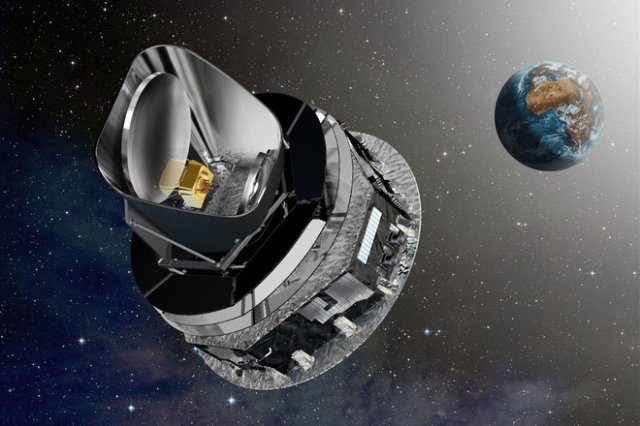 ESA (European Space Agency)’s Planck mission studied the Cosmic Microwave Background (CMB) fluctuations with an accuracy set by the fundamental astrophysical limits. In other words, it will be hard to beat the accuracy of the Planck measurements in the future. These measurements provide clear-cut answers to some of the controversies in theoretical physics.

Final reports of the Planck satellite collaboration can be found at

I was particularly interested in their final results on cosmological parameters

Ethan Siegel has a nice summary of the results here.

Quick summary of the results that attracted my attention:

Planck satellite measurements indicate that the overall spatial curvature of the universe is very close to zero. This means that in the absence of matter photons travel on a straight line. Don’t forget the caveat:  in the presence of matter photons follow a curved path (gravitational lensing) as explained by Einstein’s theory of General Relativity.

Planck satellite measurements are consistent with the  inflation hypothesis but there is no evidence for primordial gravitational waves originating from the inflationary period.

Planck collaboration measures the Hubble expansion rate as 67.4 km/s/Mpc. This number is lower than the number produced by the cosmic distance ladder method (73 km/s/Mpc).

I have worked as a physicist at the Fermi National Accelerator Laboratory and the Superconducting Super Collider Laboratory. I am a volunteer for the Renaissance Universal movement. My main goal is to inspire the reader to engage in Self-discovery and expansion of consciousness.
View all posts by Suresh Emre →
This entry was posted in physics and tagged Planck satellite observatory. Bookmark the permalink.
%d bloggers like this: